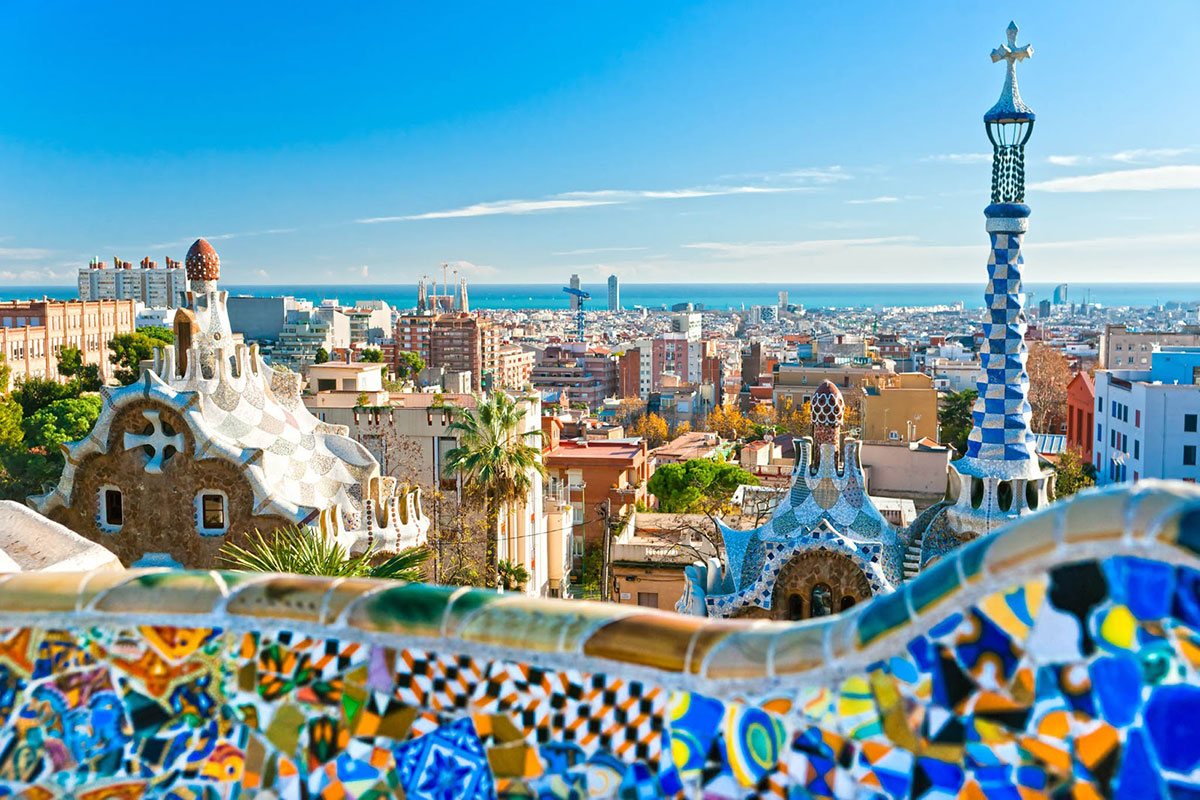 With the UCC Summit just around the corner, we’ve been thinking a lot about Barcelona, also known as Condal City.  Wildix Partners from all over Europe will gather for the premiere event of the year, the UCC Summit which will take place at the cosmopolitan capital of the Catalonia region of Spain well known for its art and architecture.

If you are already planning your trip and aren’t sure about what to do during your free time, or if you are going to take some days off, here is a very useful guide about places and experiences you can enjoy during your visit in Barcelona.

We cannot start this guide without recommending that you visit one of the world’s most famous football stadiums. Camp Nou is the stadium for FC Barcelona, and it hosts the football matches for the first team of the club.

You will be able to experience firsthand both the football stadium and the museum most visited in Europe.  You will also have the opportunity to see the space dedicated to the players, along with the different trophies the club has won.

You can book your visit either at the door or through the official website of Camp Nou, although you also have the option of seeing the stadium from the outside if your time is limited.

Works by Antoni Gaudí That You Can’t Miss

The Sagrada Familia is the Catholic basilica of Barcelona designed by Antoni Gaudí. This monument started being built in 1882, and it’s still under construction today. The Sagrada Familia is the architect’s masterpiece and the greatest example of Catalan modernist architecture. Another interesting fact and reason to visit this monument is that it has recently been named a “World Heritage Site” by UNESCO.

Since this is a tourist attraction, we recommend that you book your visit to The Sagrada Família in advance as visits are limited by day and time. You also have the option of hiring an external tour guide who will give you a tour both outside and inside the basilica, in your preferred language. And if our Summit takes up too much of your time, you always have the opportunity to take a walk at night and see it lit up. It’s spectacular!

La Pedrera is another of Gaudi’s works of art, a modernist building constructed at the beginning of the 20th century and located on one of Barcelona’s main avenues, Paseo de Gracia.

This building is one of the 10 most visited places in all of Barcelona, whose architecture is inspired by the organic forms found in nature while also using new structural decisions from ruled geometry.

You can also take this opportunity to visit the Paseo de Gracia, which has several shopping areas and has a great display of outstanding works of modernist architecture connecting to the famous Plaza de Catalunya and the Calle Mayor de Gracia.

Located a few meters from La Pedrera (already mentioned above) and on the same avenue as the Paseo de Gracia, you will find Casa Batlló. If you pass by this avenue, you will have no excuse not to visit these two works of art by Gaudí!

Casa Batlló is another of Gaudí’s masterpieces considered to be the foremost representative of Catalan modernism, and is the remodeled version of a building that belongs to the architect’s naturalistic stage. The remodeling involved completely changing the façade, redistributing the internal division of the building and turning it into a true work of art.

A Walk Through the Heart of the City

If you still have the strength and desire to continue getting to know Barcelona, you cannot miss this walk through the center of Barcelona:

The Gothic Quarter is the oldest and most charming part of Barcelona thanks to its narrow medieval-style streets and craft shops, and its Catalan restaurants and trendy bars. Walking through its streets, you will find pieces of the first wall built in the area and the Cathedral of Barcelona, an essential stop.

And if you are planning to stay for the weekend and make a stop in the Gothic Quarter, don’t forget the Plaza de Pi, where you will find an art market.

El Born is a neighborhood, also in medieval style, that connects Via Laietana with La Barceloneta. You can start this tour from the Church of Sant Pere, passing by the Palau de la Música (an example of Catalan modernism), until you reach one of the most beautiful and most historic churches in Barcelona, the Church of Santa Maria del Mar, in the Catalan Gothic style of the 16th century, which was built thanks to the donations of the people who were dedicated to the sea at that time.

You can also take advantage of the walk to visit the Picasso Museum, which has more than 4,000 works by the painter and has been declared a museum of national interest.

Finally, during your walk along Barcelona’s famous Rambla, one stop you can’t miss during your escape to Barcelona is the Boqueria Market. Here you will find all kinds of local products, fresh and in season.

This market is outdoors and was opened in 1840. Here you can stroll among more than 300 different food stalls and restaurants while enjoying a warm and pleasant climate.

If you have not yet registered for the UCC Summit, register now! And don’t forget to check the agenda so you can plan your visit in advance.