The story of 4 children who got to realize their dream.

Dreams are the basis of our aspirations and must be cultivated tenaciously. It is by following dreams that the most innovative companies are born, and this is why Wildix has decided to help four children in Ukraine realize their dream. 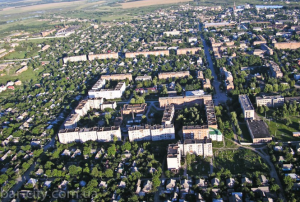 The Black Sea Ball Open Cup in Odessa, is an exclusive, competitive dance tournament that can open up important avenues for young, aspiring dancers.

Maxim Dovbius, Marianna Yavorska, Nazarij Denisov and Daria Onufriychuk are all 7 years old, living in the small village of Bar, north of Odessa.

Their families, due to a lack of extra financials, are unable to travel a lot. Because dance is their children’s passion, they have decided to invest, albeit with sacrifices on their own businesses.

Maxim, Marianna, Nazarij and Daria are enrolled in the Bar Gloria Dance School and very work 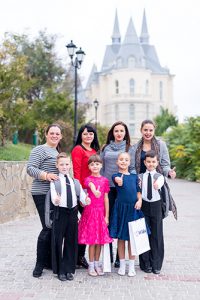 hard. The championship was approaching but they didn’t know if they would be able to participate; too many variables, too many expenses…

Wildix learned about the efforts of these four children, thanks to a mutual friend, and decided to sponsor their trip.

An all-inclusive trip to Odessa, with an overnight stay for two nights, for the children and their mothers. All four were given a Wildix backpack, notebooks, pens and chocolates.

For the children, it is not only the first time in Odessa, but also their first time on a train. They were so excited that they prepared their pajamas (to be included in the suitcase) two weeks before they needed to leave.

The fateful day arrived. Everyone on the train looked out and saw the great city that stretches majestically along the Black Sea; with its shops, restaurants, shopping malls, buses, and sports cars. 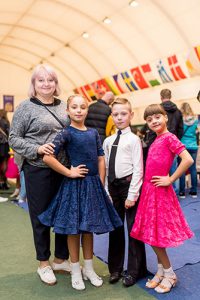 It’s all new for the four children, but they knew they needed to concentrate, because the competition was so important to them. Maxim and Marianna placed second, winning the silver medal, while Nazarij and Daria placed fourth. With the satisfaction and pride of their parents, teachers and the entire Bar community.

The next day, the trip was not over. They toured the city centre, went to the cinema for the premiere of a Ukrainian film, and, of course, ate lunch at McDonald’s.

The parents commented on the results of the race:

“It wasn’t easy for them to place so high. Certainly, the years of commitment and study of our kids have allowed them to achieve these results, but it was thanks to the help of Wildix that Maxim, Marianna, Nazarij and Daria’s dream became a reality.”