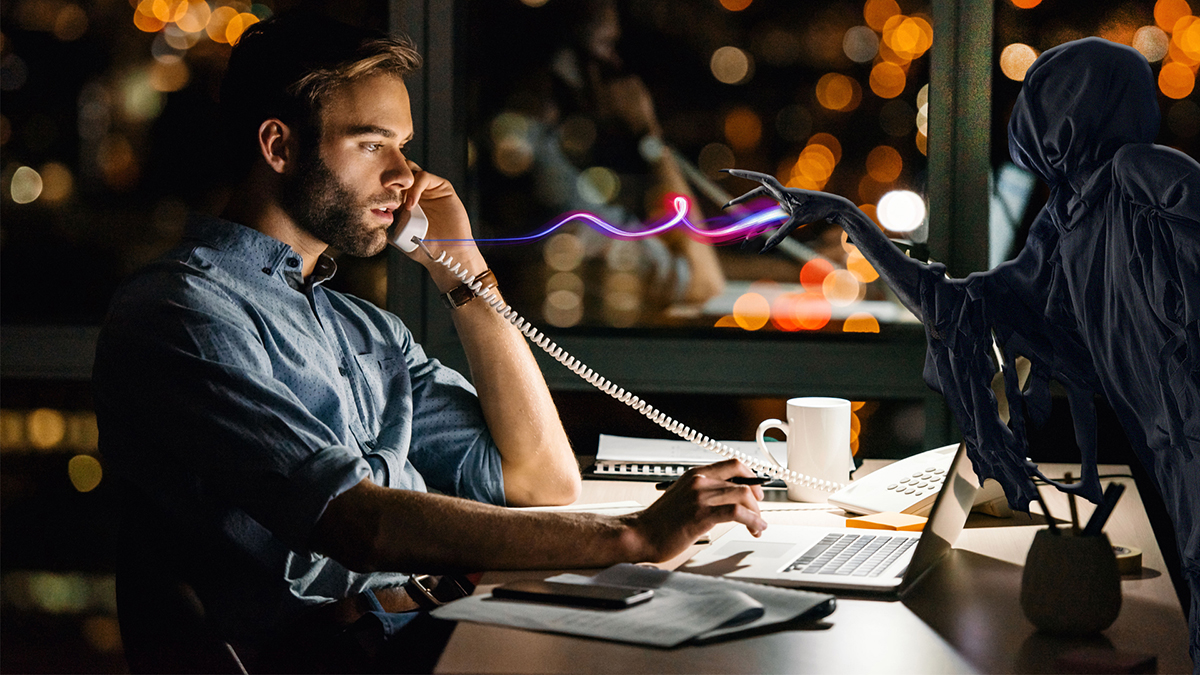 Yealink vulnerabilities show how that in UCC, security matters

For better or for worse, data collection is something many of us have become accustomed to. From cookies on webpages to search terms being tracked, our activity over the internet is normally monitored to some degree, even to the point of general acceptance.

That said, as much as we’re used to that level of web tracking, we would be shocked to learn of similar tracking happening over business telephone systems. After all, it’s highly unusual for office phones to be actively gathering data on us, in particular because for most businesses, voice calls are where highly confidential knowledge is exchanged.

So, what happens if it becomes clear your phone system has the capability of actively listening in on you?

Worse, what if you can’t even know for sure who’s on the other end of the line?

These questions are especially relevant for business owners now in the wake of a troubling report regarding phones by the Chinese-based vendor Yealink, especially their T54W devices, which raised concerns about the privacy and security of the company’s hardware.

On September 28 of last year, US Senator Chris Van Hollen (D-Md) filed a letter to the US Department of Commerce referring to a report conducted by the consulting firm Chain Security. In that referenced report, Chain Security noted numerous security flaws in Yealink devices, along with numerous functionalities that appear to intentionally gather customer data.

More worrying still, Chain Security’s report concluded it is “highly likely” that Yealink is sharing customer information directly with the Chinese government, especially through its hardware.

This data gathering appears to occur primarily through how Yealink phones interface with company networks and PCs. Namely, Yealink devices make use of a device management platform (DMP) to connect to programs running on the PC. In most circumstances, this would be perfectly normal for the vast majority of VoIP hardware that connects to a PC-based system.

What’s far less normal, and even outright alarming, is the fact that the Yealink DMP is then capable of recording voice calls and even tracking web history on that connected PC — both without the end-user’s knowledge.

All this is worth noting in particular because the Yealink DMP can be operated by a remote Yealink employee, who can use the platform to access any collected data, be that IP addresses, web traffic or entire call recordings.

More concerning still, using the Yealink DMP, remote Yealink employees can at will enable recording on an active call and retain the recording afterwards

This access doesn’t appear to be used by Yealink on an occasional basis, either. Chain Security also notes that during “normal operations” Yealink phones communicate with Chinese-controlled AliCloud servers, suggesting potential control and interception of the exact kind described above.

Metaphorically speaking, none of this may be an actual fire, but the monitoring activity combined with the server contact certainly make for a lot of smoke. (Things get even more suspicious as we consider Yealink’s direct and long-established ties to the Chinese government and their continued data sharing with them, Chain Security likewise reports.)

Beyond these problems, Yealink devices in question appear to have just plain obvious security flaws — ones which may compromise an entire company server.

Chain Security points out that Yealink phones are “pre-configured to accept credentials for connection and access to the device from 187 ‘trusted’ digital certificate authorities.” In other words, entirely unknown to the end-user, Yealink devices may be accessed by an incredible amount of additional entities, meaning if any such users are compromised they’ll have easy access to Yealink end-users’ networks.

But hackers may not even need to be a “trusted” authority anyway. Unknown entry to the device is further blown open by its inability to protect against brute force login attempts, meaning hackers are fully capable of accessing it simply by guessing username/password combinations.

As if these factors weren’t bad enough, the Yealink devices lack industry-standard digital signatures to authenticate valid changes to firmware. As a result, if external actors gain access to the phones, they can instantly overwrite current software on them so long as the new firmware is compatible with the hardware.

This easily means a hacker can install firmware that surveys not just what’s recorded on the Yealink phone (using the aforementioned data collection it performs), but even activity across the entire company network.

The Bottom Line on Yealink Devices

What this leaves us with is a phone that can record calls, IP address and web activity — all at any time and without the end-user’s knowledge — and communicate that data elsewhere.

While it’s easy or even proactive to assume the data will end up at Yealink or even the Chinese government, it’s just as possible that entirely unknown agents can exploit the vulnerabilities in these phones for their own ends. Either way, the result is far less than desirable for any business.

By all accounts, even in an age where data collection is to be expected, the security architecture in Yealink phones allows for far more surveillance than any business should feel comfortable with.

While this should certainly serve as a warning for anyone interested in Yealink phones in particular, we can also draw larger security takeaways here.

It should be first noted that using this example to cast doubt on all Chinese-produced hardware would be ridiculous; after all, an enormous number of devices are produced in China and have nowhere near these issues.

The actual bigger questions are those over security and trust in general. As this example shows, communications hardware has incredible potential to intrude upon your privacy, even to the point of acting as a covert surveillance device right on your desk.

To keep yourself secure, it’s vital that you be able to trust the manufacturer of VoIP devices. The vendor needs to be able to demonstrate not just effective security measures, but a willingness to give up their own control of devices outside applying necessary software updates.

When considering a new vendor, then, there are plenty of important questions to ask: for example, how much is your vendor telling you about the security parameters in their hardware? What role does the vendor play in managing the device after it’s sold? What ties does your vendor have to other entities that might want your business’s information?

Above all, if a vendor is holding onto things like permanent DMP access, it should instantly raise a red flag. Capabilities for remote control in this manner are all but certainly going to be either poor security design at best, or active attempts at datamining at worst.

To keep your business fully secure, it’s crucial to weigh these factors such as much as any other security points. If you can’t trust your vendor to protect your own privacy, after all, what good are they as a technology partner? And if they’re clearly sharing data with a government involved in information warfare, the situation only becomes more problematic.

When you weigh your options for hardware, then, don’t just consider security in broad terms. Just as vital is to consider how much trust you can put in the vendor to keep you safe — or, more important still, whether the vendor itself is a potential security threat.

To see how Wildix designs security in our UCC systems, check out our free white paper.

For more updates on security in the UCC industry, subscribe to receive our magazine for free!