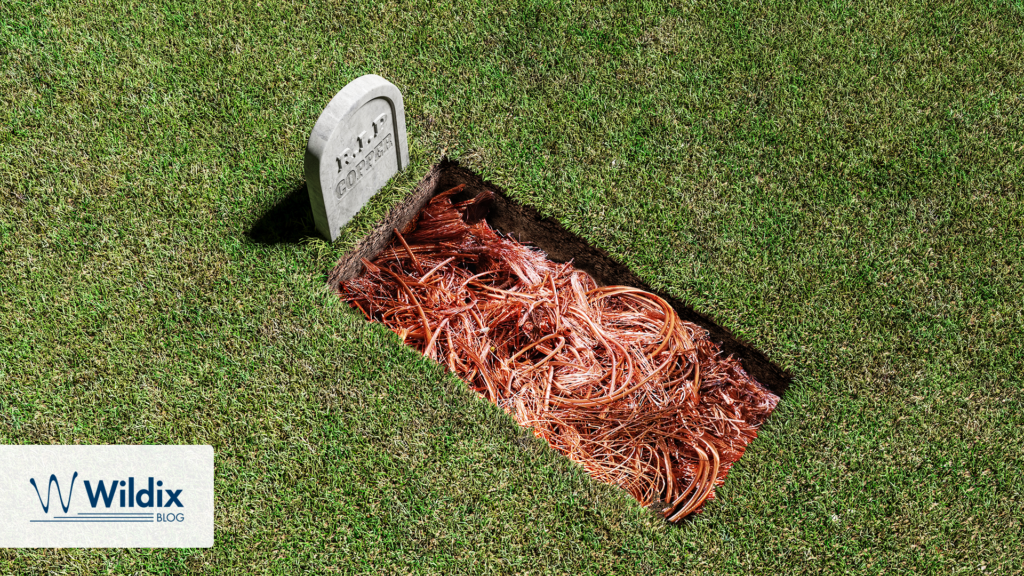 Copper cable is out, which has major ramifications for many businesses that rely on analog or digital PBX phone systems. Unfortunately, small businesses often aren’t aware that their current PBX infrastructure is fundamentally incompatible with the upgrade to fiber caused by the great POTS and PSTN switch-off.

The POTS and PSTN Switch-Off Problem

Major telephone infrastructure providers such as Openreach in the UK, Verizon in the United States and TIM in Italy already use optical fiber technologies rather than analog copper cable as a core part of their networks. However, a lot of the old-style copper cable remains in the last mile. This creates a major bottleneck when it comes to providing ultra-fast services to the consumer: Copper cable is slow and obsolete — hence the POTS and PSTN switch-off.

However, copper cables are powered, and fiber-optic cables are not. This is partly where the problem lies with old-school PBX telephone systems.

A PBX is a private branch exchange. This essentially allows users to share a number of external phone lines through the use of extensions. The PBX routes an incoming number to a main switchboard, where it can be answered, or if an extension number is inputted, it can route it to the right person directly.

On-premises PBX phone systems are usually built into the fabric of a building, with many buildings of the ‘80s, ‘90s and early 2000s having extensive cabling run throughout the walls to facilitate this. These systems were a useful solution for the time, and they went from requiring a manual operator to having automated systems.

But there are several major issues with these systems: They work with copper cabling, and they have a limited feature set. Sure, you can forward calls, queue and put people on hold. But it’s not easy to integrate other systems into the PBX, such as instant messaging or video calling. Even worse, simply moving to a digital ISDN telephone system won’t work; that’s being discontinued too.

It may be possible to get your current analog PBX to accept an IP input, and there’s a wide range of options to do so. However, as many technology enthusiasts know, as products reach end of life, the equipment to maintain them becomes much more expensive, and replacements are equally as pricey.

Those who remember the analog TV switch-offs of the 2000s and early 2010s may remember that they could get adaptors for their old analog TVs, but these are now notoriously unreliable. Worse, those TVs are unable to accept the full feature set available. The accepted solution now is to go digital.

The same applies to analog PBX telephone systems. Cable upgrades, repairs and overall maintenance costs will only get higher compared to a digital system. Even worse, a physical system means it’s harder to route a call to someone who’s not at their desk without another layer of switching.

Who Should Consider a PBX Signal Converter?

Businesses that have lots of phones and no real need for enhanced connectivity may wish to consider a converter. This might include:

The last use case typically refers to businesses where a PBX system was installed many years ago but they now primarily use mobile devices to conduct business. However, even then, they may wish to consider an upgrade, thinking about how a unified approach to communication may benefit their business. And the hospitality industry can definitely benefit from the wider range of services offered by a cloud-based PBX and its associated unified systems.

Larger businesses that already have dedicated PBX systems often prefer the on-premises solution, although it can be difficult to quickly expand if they’re moving to new offices. Setup can be tricky as well. For agile large businesses that need flexibility, a cloud-based solution often works better than an in-house system, especially as their workforce becomes more distributed due to remote working.

Smaller businesses usually find that cloud-based PBX solutions are more in line with their budgets and their existing IT commitment, letting them leave most of the work to the third party.

When Are Copper Networks Shutting Down?

As with any technology rollout, there’s a range of dates across different countries. Plans also vary depending on how the incumbent or dominant telephone provider plans to switch over to fiber, and there are substantial commercial and logistical hurdles to doing so.

Ultimately, as copper networks continue to be switched off across the globe, company PBX systems will need to be upgraded. And cloud solutions such as Wildix can be rapidly deployed across thousands of systems in a few easy steps.