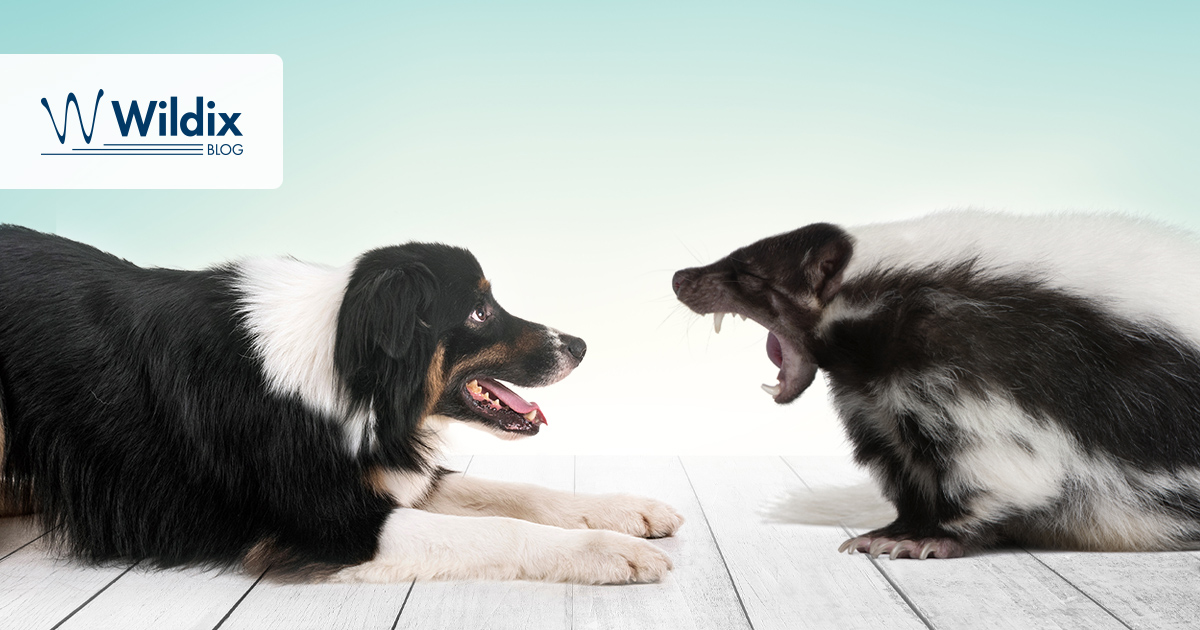 How Work Culture Affects Communications (and Why That Matters in Sales)

Just because you and another person speak the same language doesn’t always mean you’re understanding each other.

Tech in particular is a field notorious for miscommunication: With how many industry terms and acronyms are usually thrown about internally, it can be a challenge for someone outside the industry to stay on the same page. This, combined with the fact that work cultures often dictate how communication technology, in particular, is used, means that there’s never truly a “universal” way of discussing UCC with prospects.

For a clearer example of this type of miscommunication in action, we might look to a scenario some pet owners have experience with: that of dogs and skunks.

To Smell or Not to Smell

As plenty of U.S. dog owners can attest, canines have a strange predisposition to being sprayed by skunks. The exact dog’s disposition doesn’t seem to be a factor in this, either; in practice, tomato juice baths are given to friendly pups just as often (if not more so) than more aggressive pets.

That’s because, for dogs, getting skunked is often a problem of misreading body language: Skunks have a tendency to lift their tail when feeling threatened. Since doing so reveals their scent glands, in a skunk’s head, this is a clear indication to back off. Effectively, they’re saying, “Get any closer and I’ll spray you.”

Dogs, on the other hand, see a raised tail as a friendly sign — specifically, as an invitation to sniff the other animal’s butt, itself a way of greeting a new friend.

So, seeing a raised tail, a dog registers the skunk as a potential buddy and goes in for a sniff. The skunk, meanwhile, registers the approaching dog as not complying with a warning.

Despite good intentions from one side, you still end up with two very upset animals, one of which smelling far worse for the effort.

All this has relevance to human behavior too, of course. Although human beings have the advantage of additional nuance from spoken language (in theory, anyway), there are all sorts of ways for intended meaning to become obfuscated or even outright misinterpreted.

As much as we’d generally want to answer “all of the above” to that question, it’s worth remembering your answer should be one that resonates with your listener — i.e. a prospect. In practice, this is just as much about knowing your technology as understanding that other party’s way of communicating — both with other people and in their work environment.

Ways of Working, Ways of Speaking

As far as an MSP is concerned, speaking the customer’s language must mean understanding their way of doing business. Before you met them, of course, they already had processes in place, and probably ones that work reasonably well for them. Even if there are bottlenecks in those processes, in most cases end-users would rather polish up existing procedures than start again from the ground up.

If you understand those processes, then — effectively, if you know the customer’s own way of communicating — you’ll have a much easier time getting your own points through to them. Think less the expected tech talk of UCC, the cloud, VoIP and other catch-alls and more the actual user experience that the end-user will have: Maybe their sales representatives will have voice chat more easily at the ready. Maybe their field engineers can take calls more easily on the go. Or, maybe they’ll just have a more functional voicemail system. In any case, the key is to work from the standards the customer knows rather than putting your own forward first.

Working with the end-user’s standards in mind likewise means being able to register what options won’t land — that is, when the proverbial skunk is raising their tail. Certainly, the system you’re selling might be more advanced and more powerful than an old PBX on-site for the business, but those qualities don’t translate to profit in all cases. To plenty of customers, if the thing ain’t broke, they won’t see a need to fix it.

That isn’t a sign to push the prospect on the upgrade right away. Often, it’s a clear sign to back off.

When it comes down to it, the main way to be understood by prospects is to put results and return on investment first. But, again, the best way to emphasize those two points is from an understanding of where exactly their profits come from with respect to communication and collaboration.

There may be a certain amount of unlearning usual lingo in this process, depending on who you’re talking to and what their priorities are. For a customer who’s mostly outside of tech, terms that an MSP takes for granted aren’t always so clear. By the same token, a business that would receive little overall benefit from certain aspects of UCC is less likely to understand them as “valuable” the same way a tech does.

In general, you’ll have a much better time getting through to someone if you speak their language — certainly in terms of what they’re saying, but also in terms of the work culture they come from and the needs which arise from that environment. After all, refining and improving upon that existing environment will typically be far more welcome and understandable of a message than advocating for a total rehaul.

And while there are exceptions to that standard, well, just be sure you know exactly the right way of talking with that prospect going on. Because yes, sometimes, a raised tail will mean you’ve just received an invitation to move in closer and close the deal.

Other times, though, watch out — you might end up getting sprayed.

For more tips on sales and talking to prospects, subscribe to receive our magazine for free!